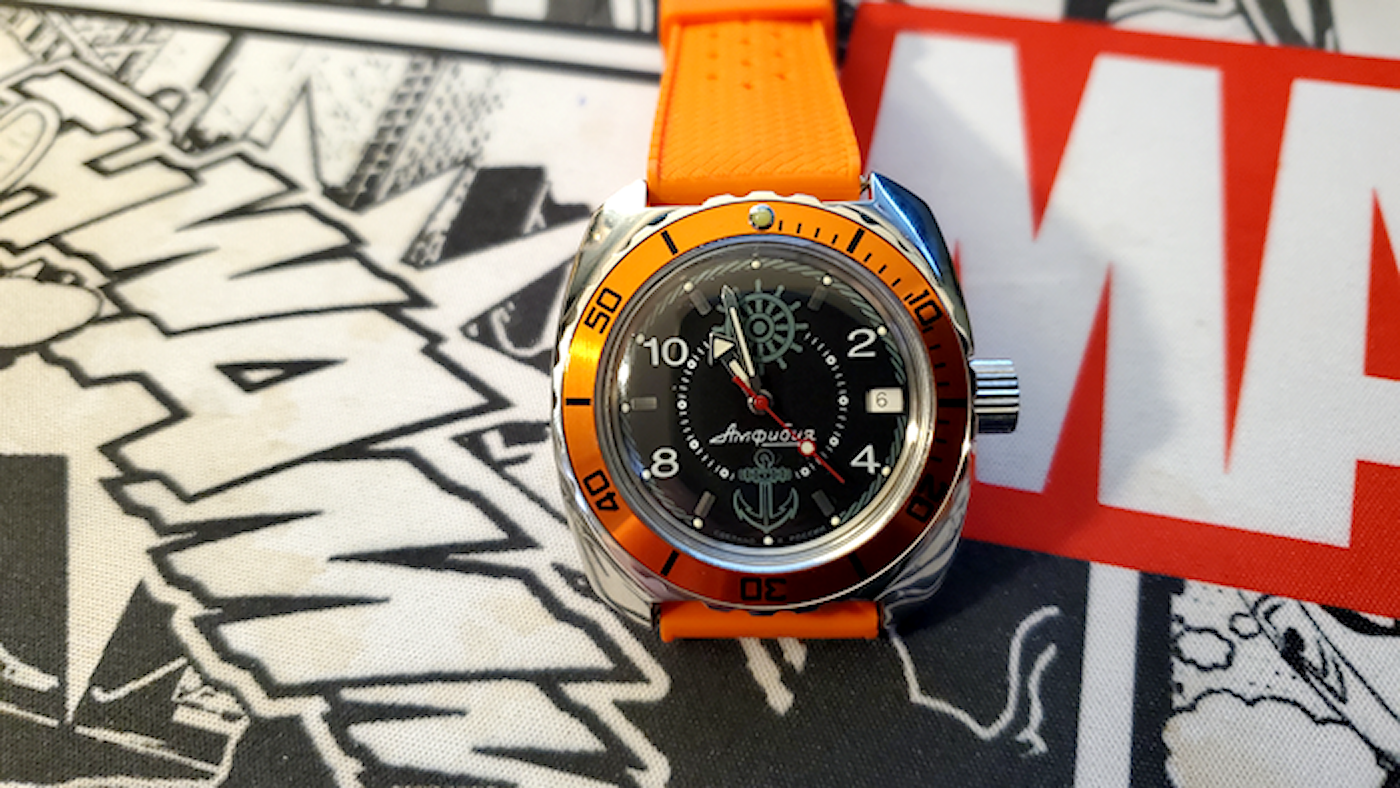 “Amfibia (often spelled “Amphibia” or “Amphibian”) is a Soviet watch that in the West would be called a Dive watch. Produced in large quantities for the Soviet and Russian military, these watches gained significant popularity worldwide. The Vostok watch factory created the first Soviet Amphibia watch in 1967.”

“The Amphibia was worn by Steve Zissou in the eponymous film Life Aquatic with Steve Zissou.”